Joo folks, this is some news. The korean website playxp claims (in korean, very hard to read imho) that Blizzard sent them a somewhat unfficial press release, stating taht the Starcraft 2 Beta gets back by end of June!

This would be very very cool ‚cause I am extremely hanging around. Me and my team even restarted getting into Top 50 in Warcraft 3 ladder (wow achievement) yesterday due to nothing to do. Really annoying.

What Blizzard states and what Google Translator translates is the following:

Really tough grammar, but enough to see this Date and the Buzz: Final Beta Test! Hopefully we can meet us back in Battlenet 2.0 in a few weeks. 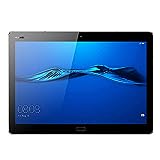